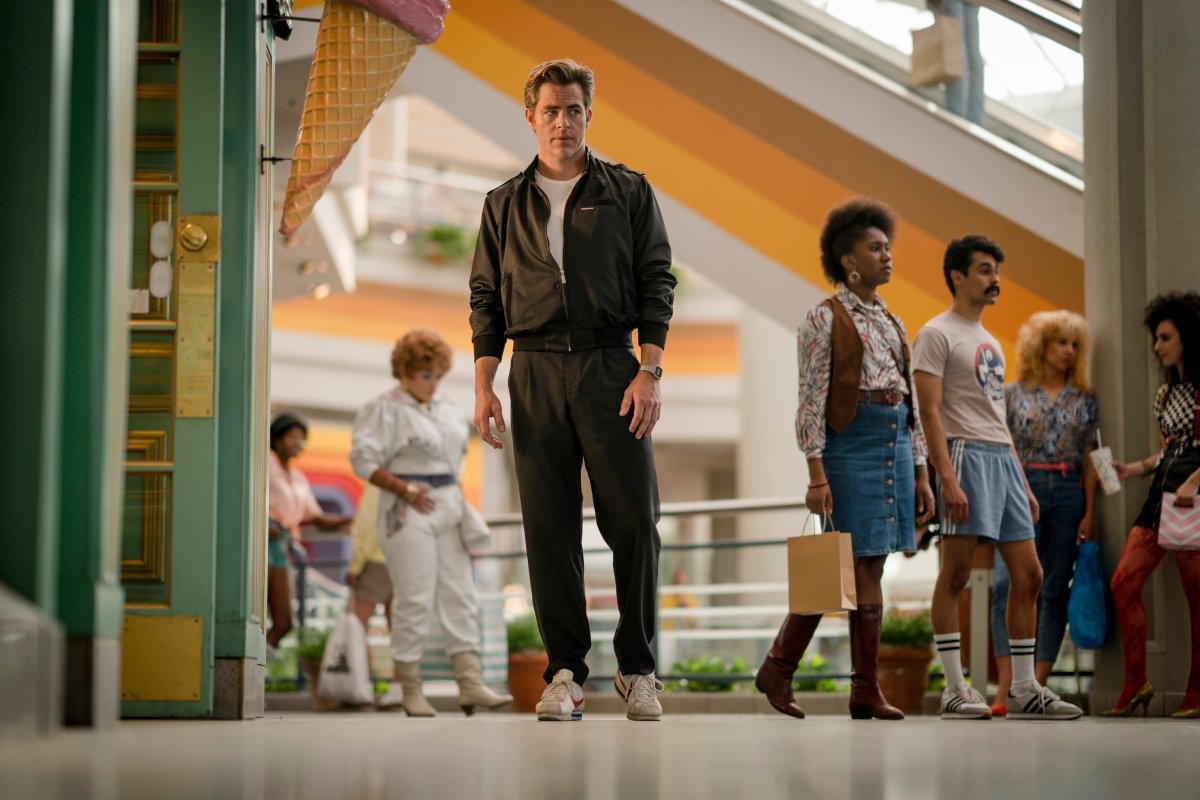 Director Patty Jenkins, along with the cast and crew of the Wonder Woman sequel, have been revealing photos from the set of the film. (Obviously, we all have questions…) – [Twitter]

Chloe Dykstra shocked the geek world with a bombshell revelation. I admire her bravery. – [Medium]

As a result of that revelation, Chris Hardwick has been removed from AMC and San Diego Comic Con. – [THR]

The Chronic Rift: Episode 20 – Sylvester McCoy as Doctor Who
In the late 80s, British fans of the television show DOCTOR WHO were dismayed to see their beloved series placed on an 18 month hiatus.  There were many who felt the series needed it, especially after what was considered a disaster by many in the casting of Colin Baker in the title role.  And then it was announced that actor Sylvester McCot would be taking over the role.  Like one of his predecessors, Tom Baker, McCoy didn’t have much acting experience.  His biggest claim to fame was his act of stuffing ferrets down his pants.

But in the three years that McCoy held the role, he managed to turn it from what looked to be a comical farce into one of the darkest portrayals of he Time Lord ever.  John is joined by author Julio Angel Ortiz to discuss what worked and what didn’t work during those final years of the “classic” series.  They also talk about the “New Adventures” novels and McCoy’s appearance in the Paul McGann TV movie.  Plus, Ken Holtzhouser chimes in with the time he met McCoy and the significance of it on his life.

The Shazam/Isis Podcast: Episode 40 – Isis: “No Drums, No Trumpets”
Fred is upset that his science project failed to take first place at the science fair.  After nearly getting himself killed in an auto accident, he, Andrea, and science fair winner Dorothy decide to explore a nearby ghost town.  But the abandoned town is being used as a hideout for thieves. When Andrea loses the amulet, who will be able to save them?

Before getting into this week’s review, John and Richard discuss the fifth issue of the DC Comics 1970s The Mighty Isis comic run.  It’s the start of the radical change in direction for the series and Richard wonders if the change was what led to the cancellation of the series.  Next, it’s a look at the episode, “No Drums, No Trumpets”.  Among the topics discussed are the tropes of ghost towns on 70s television, how much Brian Cutler was convincing as a high school teacher, and what is it that actually activates her powers.

The Batcave Podcast: From the Files of the Batcomputer #30: Dick Tracy Pilot
We take a look at another William Dozier pilot for another comic related property.  This time, it’s Dick Tracy – He’s a Good Cop.  This time though, Dozier went all out with a full length half-hour episode featuring Victor Buono as the villain, Mr. Memory – which starts the batter of questions about where this show was going.

In “The Plot to Kill NATO”, Mr. Memory kidnaps three NATO ambassadors at the request of Major Powers.  His method of operation seems interesting enough, but there is still something lacking in his character.  And yet, despite this, the pilot is an enjoyable viewing experience with a lot of recommend including Jan Shulman as Liz and the well choreographed fight scenes.

John is joined by his The Hornet’s Sting co-host, Jim Beard, to pitch these questions.  Just how committed was Dozier to this property? What would a relationship with Chester Gould have been like had the show gone forward? Why wasn’t one of the established villains used in the pilot?  And why did Dozier still build in little nods to Batman and The Green Hornet when both shows were on their last legs?

The Hornet’s Sting Podcast: Episode 18 – “Ace in the Hole”
The Hornet is trying to broker a deal between two rival gangs, but the arrival of Mike Axford nearly threatens the whole thing.  A quick thinking Hornet makes it look like Axford’s dead, when in reality he’s holding him until the case is closed.  But one of the gangsters discovers Oxford’s alive and that the Hornet is double crossing them.  If this sounds more like a comedy than a drama or adventure story, you might not be mistaken.  John postulates to Jim that this could be The Green Hornet’s attempt at humor that didn’t go over very well.  In addition, John and Jim talk about the different versions of Batman and The Green Hornet that we see over the course of their respective 1966-1967 seasons.  Are they the same characters in each episode we see them in? Or are we looking in at alternate Earths?

Currently reading
Diving into the works of H.P. Lovecraft
Duel in the Dark (Blood on the Stars Book One) by Jay Allan
Ready Player One by Ernest Cline

The Timestamps Project
This week was The Greatest Show in the Galaxy. Next week is the 25th season summary.

Upcoming Podcasts
I recorded a video discussion about fandom last weekend with RetroBlasting. I’m also in discussion with them for a future long-term project. Stay tuned.

"Get in the car. No time to explain."
Good night, winter wonderland.
I'm looking forward to using my new coffee delivery device. This mug is massive.