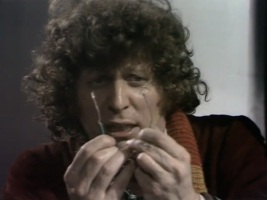 The classic Doctor Who serial Genesis of the Daleks will be screened in movie theaters on June 11. – [Entertainment Weekly]

The inside story of how Lost in Space was remade. – [THR]

Bob Dorough, the creator of Schoolhouse Rock, has died at the age of 94. – [CNN]

The next Star Wars animated series has been announced. Star Wars: Resistance will be spearheaded by franchise favorite Dave Filoni and will be set in the sequel trilogy era. – [StarWars.com]

The Chronic Rift: Episode 16 – In Review: April 2018
John returns with a new slew of reviews from the various corners of pop culture.  Dan Persons reviews Isle of Dogs.  J. Andrew World takes a retrospective look at the music of Todd Rundgren.  Denise Lhamon has mixed feelings about The Terror by Dan Simmons.  Ken Holtzhouser referees the debate over revivals versus reboots.  John is bringing a revamped podcast of his to the table (The OSI Files) and Michael Falkner offers a near complete listing of pop culture conventions around the world for the month of May.  It’s all here and more on a new In Review episode of The Chronic Rift.

The Chronic Rift Classic – Episode 41: Organized Religion in Science Fiction
Andrea Lipinski and Keith DeCandido welcome authors James Morrow and Thomas Disch to our Roundtable discussion on the portrayal of organized religion in science fiction literature. Plus, James Frenkel returns with the Book Notes, taking a look at some of the best genre literature for the new year and Keith reviews “20 Nude Dancers 20” by Mark Martin.

Presenting the Transcription Feature: You Bet Your Life and Dragnet
First up on “You Bet Your Life,” Groucho Marx interviews a female Air Force sergeant and the parents of triplets.  Then on “Dragnet,” a brightly-colored car leads detectives Friday and Romero all around Los Angeles, from its mean streets to an amusement park.

Coming soon
Hamilton at The Fox Theater in Atlanta.

Currently reading
Diving into the works of H.P. Lovecraft
Duel in the Dark (Blood on the Stars Book One) by Jay Allan

Reviews
Podcasting for Dummies (3rd Edition) by Tee Morris and Chuck Tomasi – 5/5. A must read for podcasting newbies and veterans alike.

The Timestamps Project
This week was the debut of the Seventh Doctor with Paradise Towers. After that, Delta and the Bannermen.

First thought: Then how do I access the contents? 😉
I got around a bit over Labor Day weekend.
Ralphth the Dragon, Jr. watched his "favorite" human defend Tremors 2 to the @scificlassictrack.