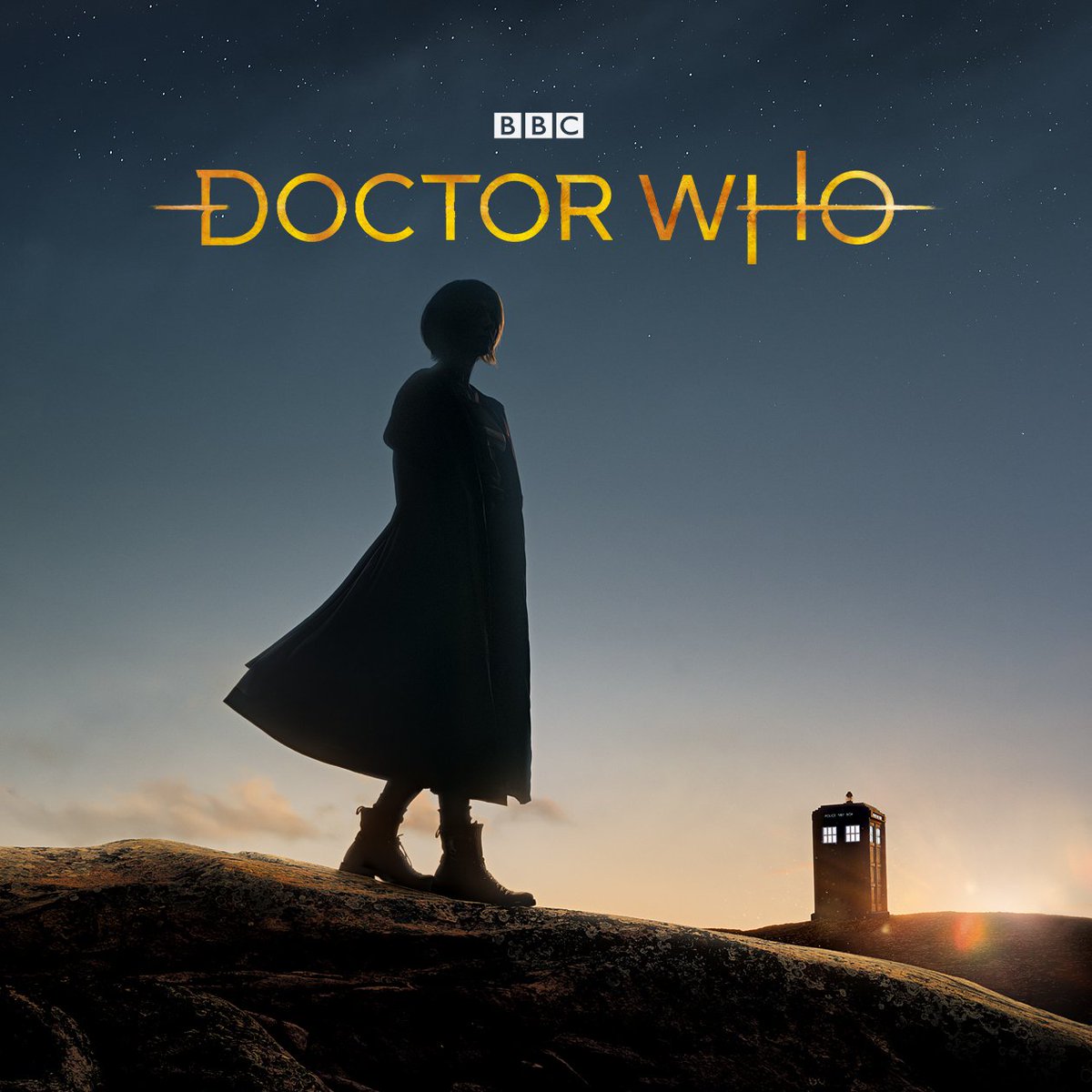 Series Eleven of Doctor Who has a new logo and look. – [BBC/BBCA]

Lost in Space is coming back to television once again, this time on Netflix. – [YouTube]

Solo: A Star Wars Story tie-in comics and storybooks have been revealed. – [StarWars.com]

Joss Whedon has bowed out of the Batgirl movie. – [THR]

Keith DeCandido continues the 4-Color to 35-Millimeter: The Great Superhero Movie Rewatch with the mutants of the new millennium: X-Men (2000). – [Tor.com]

The Chronic Rift: Episode 007 – Disco Isn’t Dead
The first season of Star Trek: Discovery is in the books and enough time has passed that we can have a spoiler filled discussion of what worked and what didn’t. John and guest, writer Julio Angel Ortiz, get into their favorite moments, episodes, and characters as well as discuss the fan reaction to the new series overall. In addition, they offer their suggestions for a second season in 2019.

The Batcave Podcast: Episode 68 – “The Entrancing Dr. Cassandra”
It’s the penultimate episode of the series and it seems to lack any spark or energy to it despite featuring Ida Lupino and Howard Duff as alchemist Dr. Cassandra and her groovy husband Cabala. That alone should make it exciting, but then add Batgirl in the Batcave and a prison break featuring six of the villains from Batman’s Rogue’s Gallery and you should have a classic – and yet, nothing. Joining John to discuss an episode that’s only thing that makes it stand out is the sexual innuendo is writer/editor Jim Beard of Gotham City 14 Miles.

The Hornet’s Sting: Episode 13 – “Freeway to Death”
The Hornet and Mike Axford teaming up?  How is this possible?  When Britt orders Mike to work with the Hornet in order to bring down a construction racket, Mike has his own ideas that could threaten his life.  John and Jim are in agreement that this is a “Must Watch” episode, but they’re not entirely sure why.  Is it the appearance of Jeffrey Hunter?  Is it the Black Beauty versus three bulldozers?  Is it the Hornet Mortars?  Is it the Hornet and Mike working together?  Take a listen and maybe you can help them figure it out.  Also, the two take a moment to talk about the late Van Williams and his legacy of The Green Hornet.

Generations Geek: Episode 46 – Treknology
Science fiction writer Scott Pearson welcomes astrophysicist Ethan Siegel to discuss science and Treknology, his new book about how the technology of Star Trek compares with what we have now and what we could develop in the future. Plus, Ella reacts to the surprise at the end of Star Trek: Discovery’s first season finale.

This week
Rent at The Fox Theater in Atlanta

Currently reading
Ms. Marvel, Volumes 1 and 2 (via Kindle Unlimited) – 4/5 for each entry.

The Timestamps Project
This week’s review is the Twenty-Second Season review, and next week beings The Trial of a Time Lord with The Mysterious Planet. I’m hoping this gets better.

Upcoming Podcasts
I visited RetroBlasting HQ on last week. We discussed toys and Doctor Who. – [YouTube]

The 42Cast released our discussion on the state of geek fandom. – [42Cast]

I plan on visiting the 42Cast again in the near future to discuss Star Trek.

I spoke up for Primary season. Did you? #vote
Tonight's adventure was to Graves Park. It's a fun little family place with a mixed use perimeter path and an interactive fountain for the kids to splash in.
Tonight's adventure with @searose.f and the boys was at Caney Creek Preserve. It has an interesting dichotomy between wide open spaces and dense forest, and it's littered with educational signage. A beautiful and quiet place to be sure.