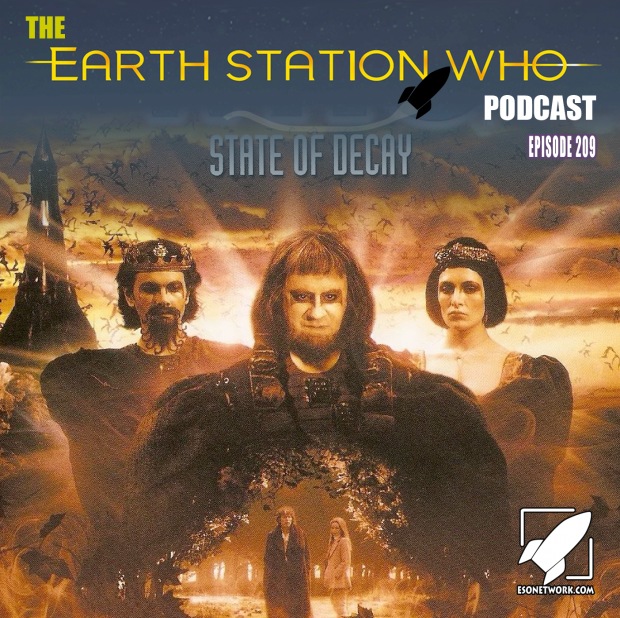 Remaining in E-Space for another episode, I traveled to Earth Station Who to joined Mike Faber, Mike Gordon, and Mary Ogle for a discussion of State of Decay, the second part of the E-Space trilogy and a story that I previously covered in Timestamp #113.

As always, I recommend visiting their site and listening to their podcast. They cover everything from the Doctor Who franchise, from the classic and new televised episodes to the Big Finish audio and everything in the middle. During the regular seasons, they review the new episodes on a weekly basis, and during the off-season, they take a look back at some of their favorite (and not so favorite) adventures in time and space.

If you enjoy what you hear, leave a review in all the regular places, and also consider joining their fan community on Facebook. The ESW crew has built a fantastic community of fans, and it’s far more respectful than a lot of places on the internet. They are fans who love the series and want to share that love with fellow fans worldwide.